10310 West Little York Road
Houston, Texas 77041
Phone: 713-937-7772
SHOW MAP
http://covergirlshouston.com
Venue Type: strip club
Min Age: 21
Bar Type: cash bar
Smoking: prohibited
Buffet: yes
Valet: yes
Vip: yes
Dress Code: Business Casual
This club burned down a few years ago. The owners built it much bigger the second time.  2 story club, though the 2nd story is closed most of the time.  High ceilings, lots of room.  Lunch and Dinner Buffet.  Back when Treasures was on the verge of being shutdown, the owners had planned to move the crowd to this venue, though I am not sure how well that would have worked considering the drive.  Its probably one of the nicest and cleanest clubs in Houston, unfortunately due to its geographic location and road construction in the area, it struggles to draw a crowd.  It has a ton of potential.
Hours
Menu: Full Menu ( Burgers, Steaks, Salads )
The Food is Good!  I personally have eaten here!
Submit News

Some exotic dancers can make hundreds even thousands of dollars in a night. That is not a payment of wage that comes from the club itself, says attorney Galvin Kennedy. And in some cases Kennedy says the dancers must pay the club a fee and share their tips with club employees like managers and disc jockeys. By not paying the dancers one single cent the owners of Gold Cup, Treasures, Cover Girls and Centerfolds are violating the Fair Labor Standards Act according to a lawsuit filed against the clubs. That lawsuit claims these clubs should be paying dancers at least minimum wage in addition to the tips they receive and overtime for working more than 40 hours a week.

Houston and Its Strip Clubs Call a Truce

Jan 2, 2014 New York Times
For 16 years, Houston spent millions of dollars litigating a subject other cities regard as a low-level nuisance or ignore altogether: strip clubs. Then in November, city officials finally worked out a deal with the 16 biggest clubs in town.

Jan 14, 2011 Houston Chronicle
Two Houston adult entertainment clubs this week agreed to settle a federal age discrimination case with a former waitress who alleged younger, male managers called her "old" and said she showed symptoms of memory loss. The owners of Centerfolds and Cover Girls agreed to pay $60,000 to Mary Bassi. She was 56 when she was fired in 2006 "without provocation or explanation," according to a lawsuit the U.S. Equal Employment Opportunity Commission filed on Bassi's behalf.
Submit a Review

No reviews have been left for Cover Girls
Click Submit a Review above to leave a review. 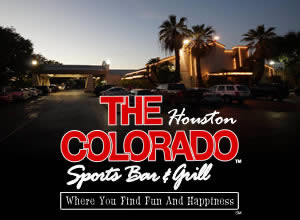